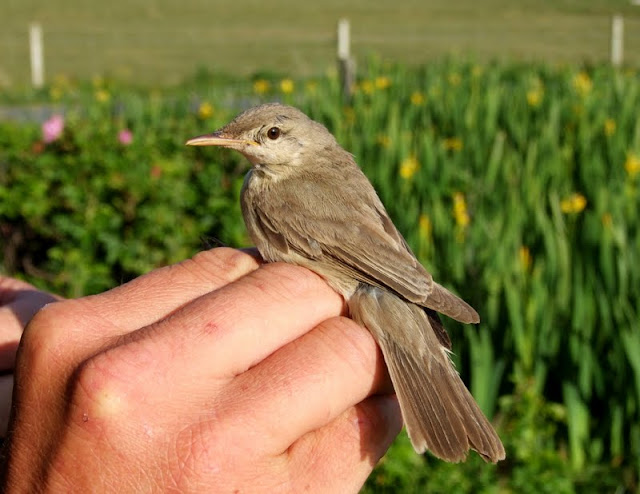 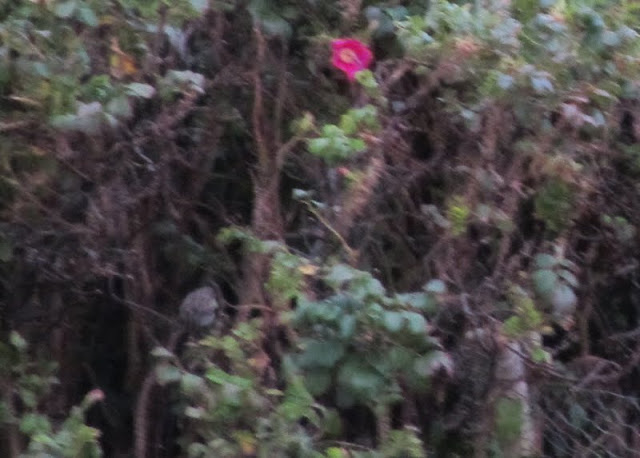 Rubbish! after my first 2 photos that night... this the better one... I realised it would be better to just look.
This weeks bird found by FIBO Warden David Parnaby. who got a good photo.
I have been complaining long enough about Bird Guides choice of "Bird of the Week". They keep on picking things like Citrine Wagtail or Subalpine Warbler etc. Only when they are seen in England or more likely the writer. It's more like a personal "Bird of the Week"? and so I'm starting my own here on my Fair Isle blog. Even on the small Fair Isle picking the winning bird already doesn't seem easy... This week we had runner ups with Great Snipe & 15 Rosefinch one was even colour ringed from? Germany? Red backed Shike, Curlew & Pectroral Sandpipers are not good enough this time. Barred Warblers are a dime a dozen. Last week would of been a toss up Booted or Melodeous Warbler? I would of gone with Melodious of course not because it's rarer... because it was in my garden and I didn't see the Booted... I see how this works... I'm already as bad as Bird Guides.
Starting now I'll be posting...
Fair Isle's "Bird of the Week" every Sunday.
Posted by tommyart at 20:23

Email ThisBlogThis!Share to TwitterShare to FacebookShare to Pinterest
Labels: bird of the week