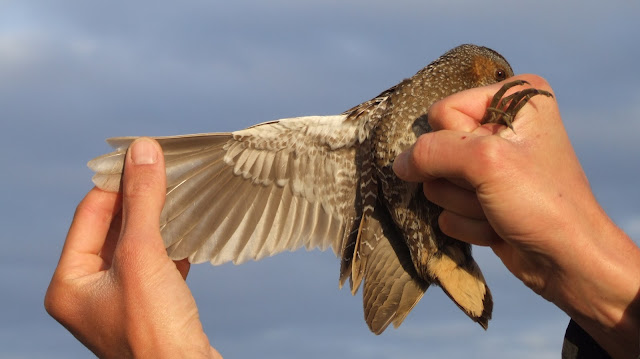 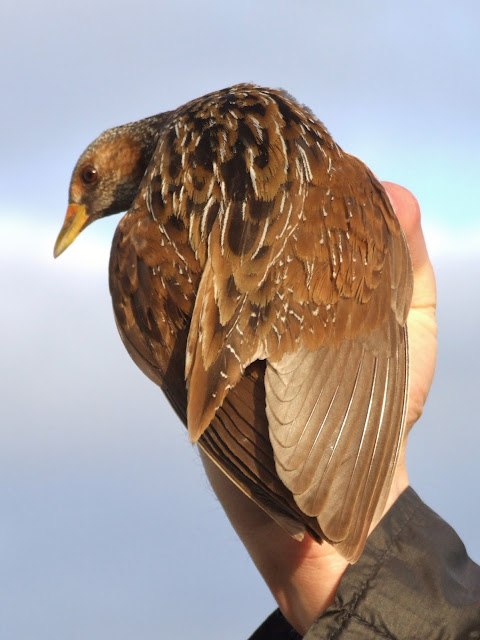 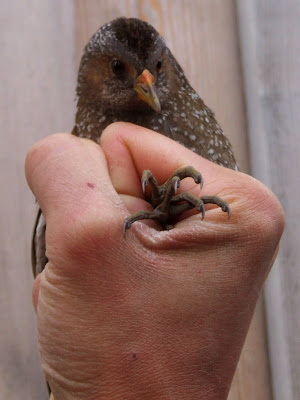 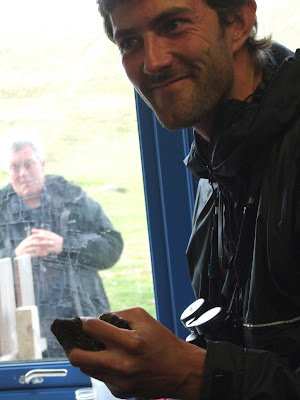 Asst. Warden Jason Moss caught this bird by hand while crawling and feeling around in ditches in the Chalet Garden. What can one say but... Well done! and THANKS! up until today I had only had brief & rubbish views of Spotted Crake. You know, flying silhouettes with danglely legs flushed and quickly diving into cover again with everyone reassuring me of it's identity. The Spotted Crake was ringed at the Fair Isle Bird Observitory in front of an enthusiastic group of vistors & staff. A really beautiful bird... if you ever get a chance to look at it. 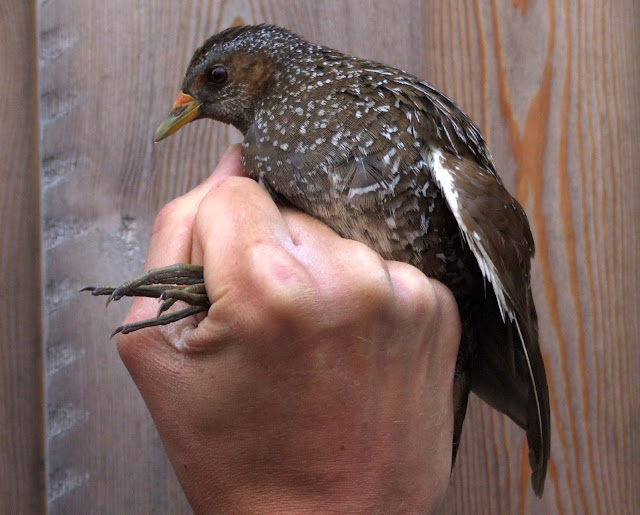 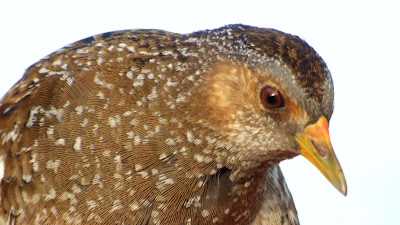 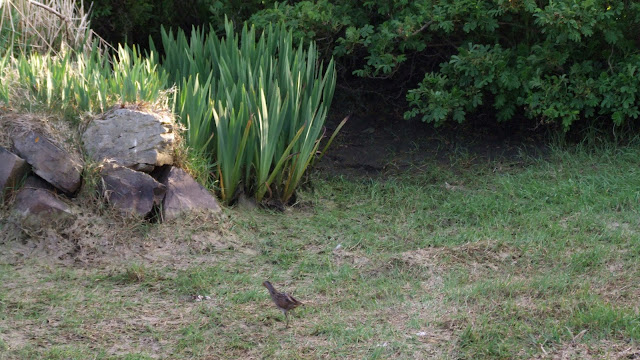 The Spotted Crake was released back into the Chalet Garden where it was a blurr as it ran for cover. 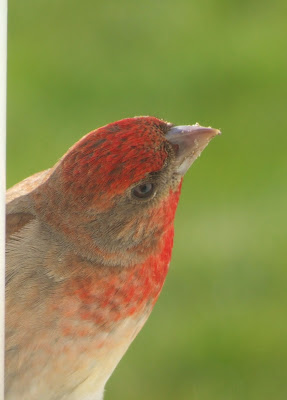 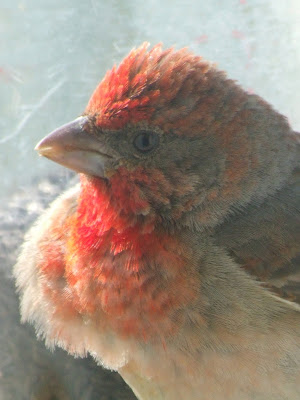 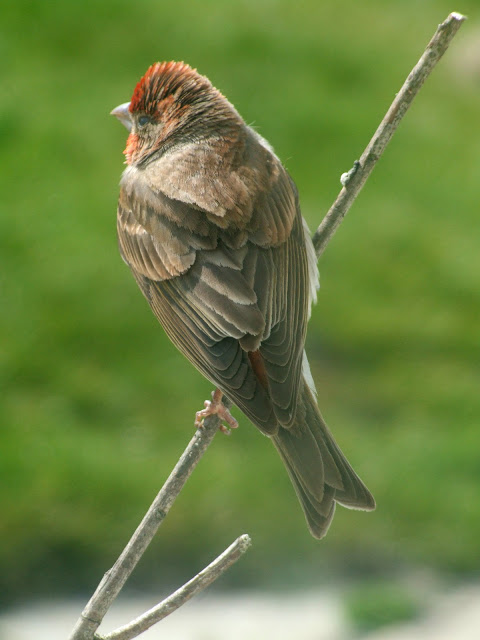 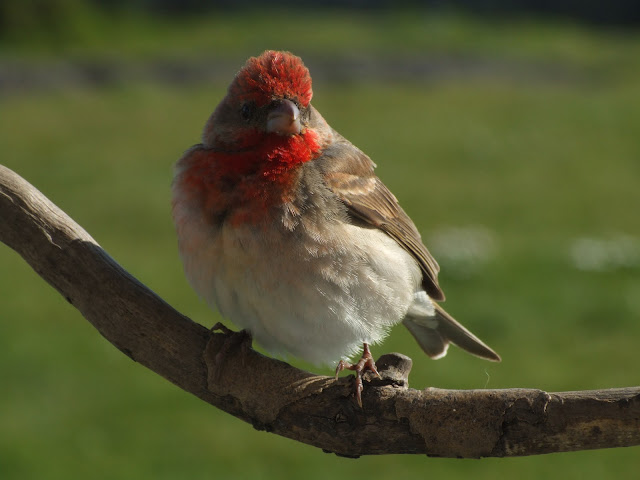 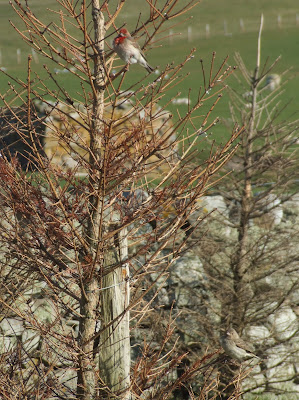 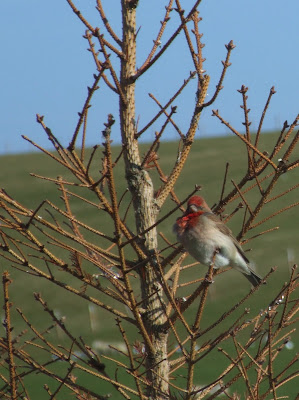 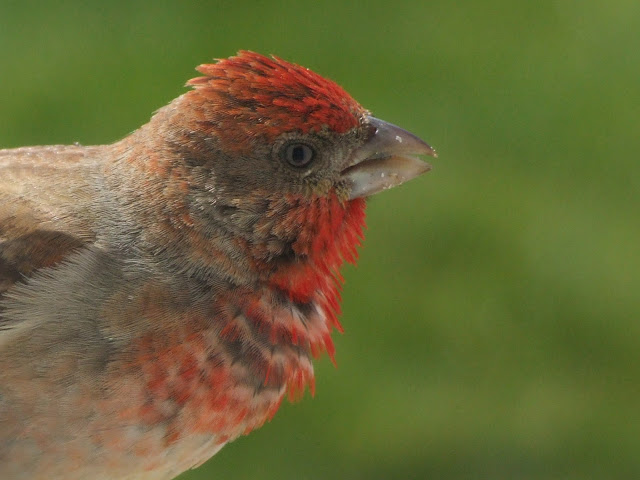 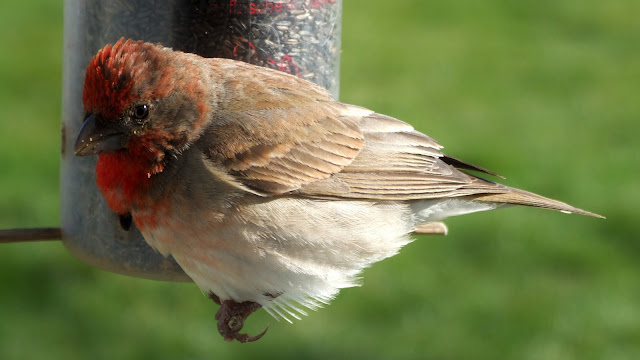 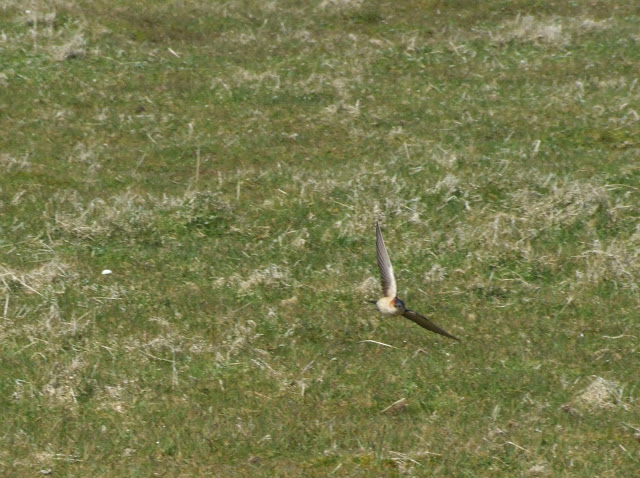 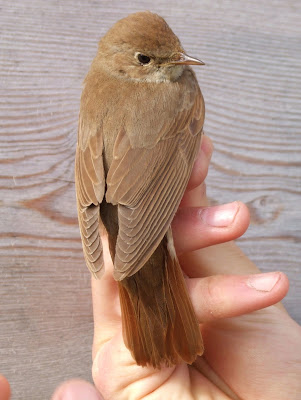 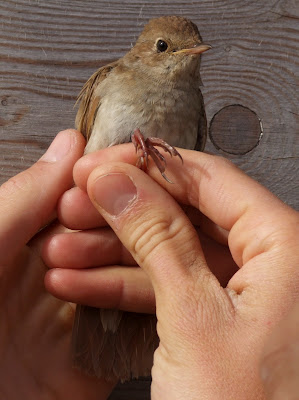 The Thrush Nightingale was caught & ringed by Fair Isle Bird Observatory Warden David Parnaby on Morning trap rounds. This is the first one I have seen in the hand... though I have seen one almost every year and 3 times in my own garden, it was great to see this bird close up, not flicking around and diving into cover. Plenty of other new birds in today, like in my garden 16 Siskin, a Goldfinch & 2 Tree Sparrows! Elsewhere on isle 2 Bluethroats, the first Icterine Warbler of the year & another Hoopoe all have been reported today... I've got to get back out there! what's next? 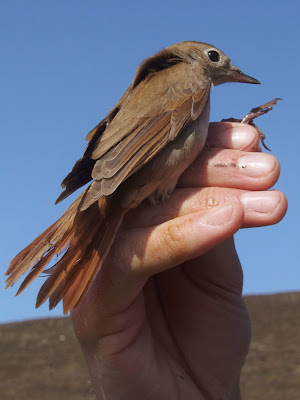 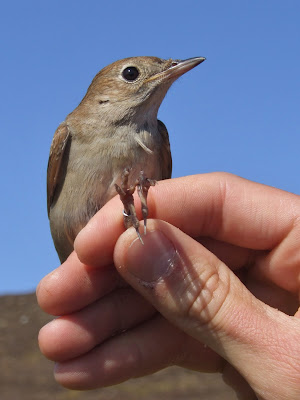 Wow I can't beleave it! One of each. The "Common" Nightingale is more common in most of Britain but actually rarer on Fair Isle than Thrush Nightingale. Both birds a day apart must mean something? I don't know what that is, but it's great for comparison! The Common Nightingale has a buff or plain chest and a over all rusty red colour. While the Thrush Nightingale has a mottled chest and a duller grey brown body & wings. To confirm one species from the other it usually best to measure & examine the wing feathers as the wardens have done with these 2 birds.


This was a lifer for Henry & me! My bogey bird has finally showed it's self. I had dipped Shore Lark 3 times on Fair Isle. I must say I'm glad to see one in Summer plumage and in a convenient location in the nearby freshly tilde Kennaby crop. Thanks to Dr.Will Miles for a great tick and my Bird of the Week!


More good eggs! Things started out well as they saw a Wryneck in my garden just minutes after arriving. In retrospect I bet they now wish they had stayed the weekend. Still they saw some good birds The seabirds alone are stunning! But Fair Isle rare bird waited until the weekend and the winds to change to the east. 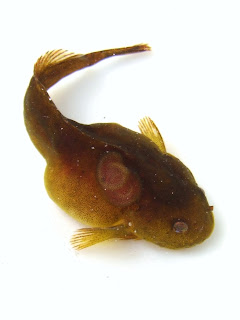 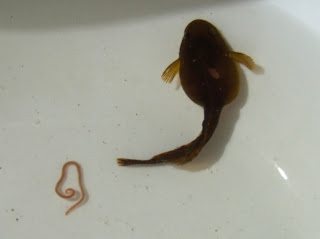 
The rarest sighting on Fair Isle is this badly named fish? The Montagu's Sea-snail caught by my son Henry looks more like a tadpole than a snail? Nick Riddiford says it's a first record for Fair Isle. We have it in our saltwater fish tank where I noticed a big life threatening parasite. I gave it minor surgery to remove the worm. I've seen these worms in the bellies of large fish like Cod & Pollack but never in such a small fish. It's been 2 days and it seems fine?  but we are watching it closely.
Posted by tommyart at 13:11 2 comments:


Three teenage media students come to Shetland. Legend!
Watch their video it says it all...

Well done! I had seen a longer version as well and I liked that too. 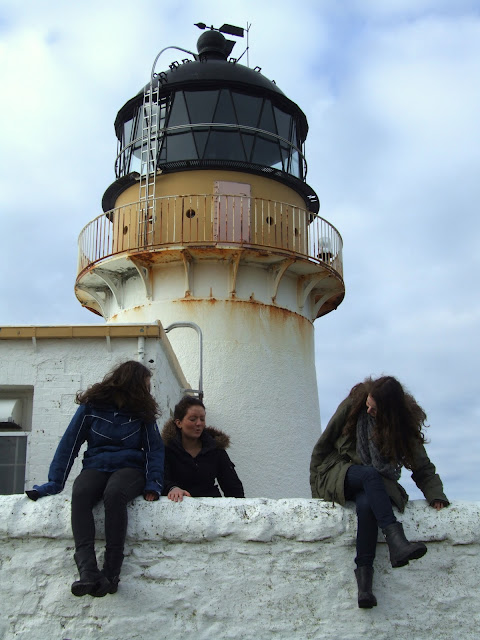