Little Gull and other Birds about yesterday.

I can see the Little Gull in the South Harbour now as I look up from my computer and look out the window. (I guess when I saw one the other day it didn't count because I didn't get a photo and no one else saw it. beleave me now?)
The Sea and wind  is wild out there!!! but I ventured out in the gale for a better view and a record shot. The water looks calm between the waves when zoomed in? but it looks like this below! blown away! It 's hard to hold still to look with my binoculars or take a photo. We have had no plane service since Friday. The

forcast calling for a mega bird?
Posted by tommyart at 12:52 No comments:

Waxwings! one year ago today. 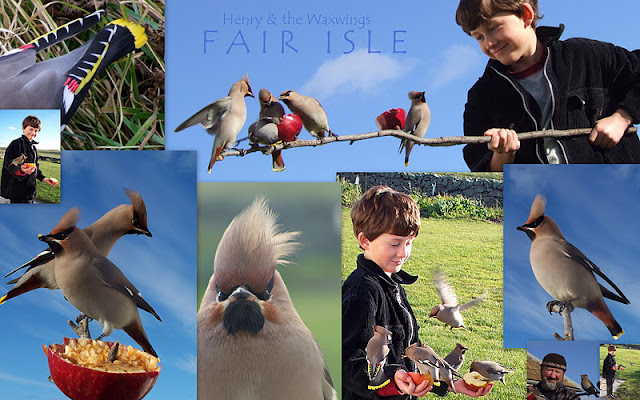 Waxwings one year later... these photos have been seen and published around the world.
http://fair-isle.blogspot.com/2010/11/waxwings-oct-25th-2010-day-well-always.html
I looked through the images and found a few I have never shown before...

But unfortunately we have not seen a Waxwing yet this Autumn.
Posted by tommyart at 01:01 1 comment:

Email ThisBlogThis!Share to TwitterShare to FacebookShare to Pinterest
Labels: Waxwing Paul Baxter
Hudsonian Whimbrel, Fair Isle, near Mavers Geo, 31st August 2007
This is the bird I saw... photos by then Fair Islander Paul Baxter from his blog "Life after Fair Isle"
Paul wrote at the time... Never easy to photograph, I was fortunate to get these record shots. Doubtless this bird would have proved more popular had the Walney bird of earlier in the year proved less co-operative. Nevertheless, it has been successfully 'twitched' by six Shetland birders (so far). The third record for Shetland, following singles on Fair Isle in 1955 and Out Skerries in 1974. 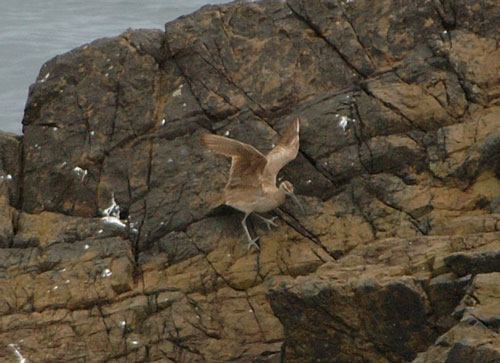 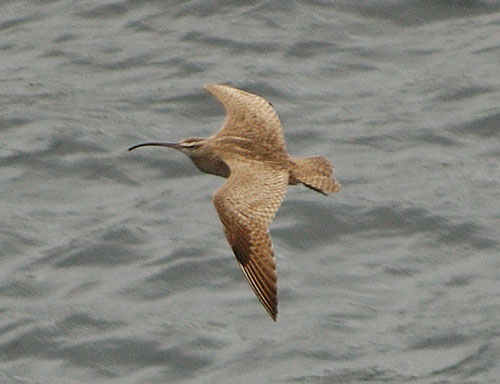 Paul Baxter
Britain's Frist Record of Hudsonian Whimbrel
Record on Fair Isle 27th - 31st May 1955
Found and Identified by  Valerie Thom & Ken Williamson
With the new split of the Whimbrel species Hudsonian Whimbrel - husonicus has been added to the official list of birds seen in Britain. Giving Fair Isle another First! What is know as an arm chair tick as the work or sighting was done awhile ago but now counts and is added to your list without getting out of you chair. Have a look at what was recorded in Ken's book...
﻿

Posted by tommyart at 14:25 No comments:

Not that many of any rarity... lots of Redwings & Fieldfare. a few Redpoll... Golden Eye uncommon on Fair Isle I found a female or juv. in the South Harbour yesterday evening. Henry & I also spotted a possible Pied Flycatcher on a distant cliff face but it was so windy and faraway to be 100% sure... a few Rosefinch are hanging around. plus some Hen Harriers hunting the Walli Burn. Plus one lonely Oystercatcher on the golf course with some Snow Buntings, Bramblings and a Chaffinch. 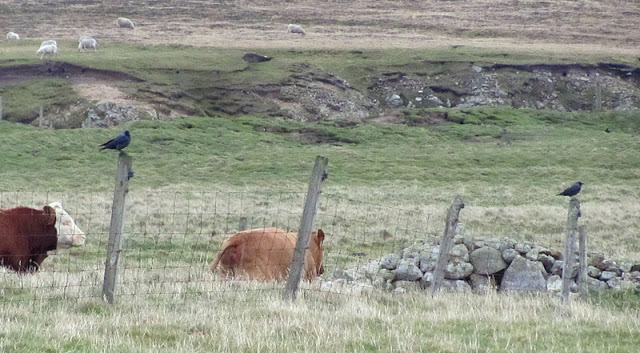 Jackdaws like these 2 are not seen on Fair Isle often but are common on mainland Britain. 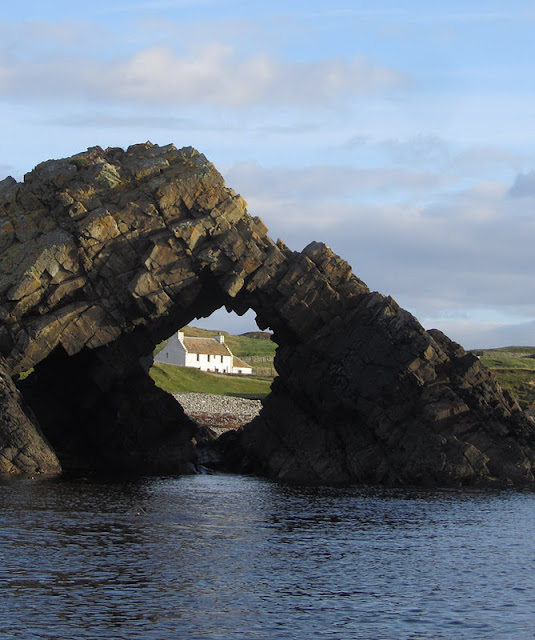 Lanceolated Warbler - Locustella lanceolata - but everyone called her Lancy 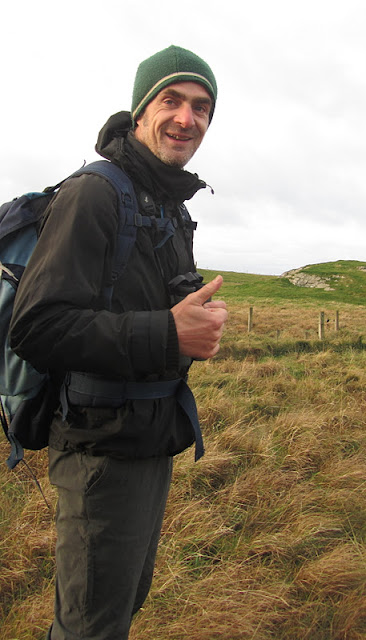 The Obs staff finds another rare Bird! but this guy works in the kitchen? Found the Lancy on the Field Croft.
To be fair he is a very keen birdwatcher and it was his day off. congrats! and thank you! Lancy 2011
Amazingly the next day this poor Lancy was found dead at Pund.
﻿
﻿ ﻿ Other Birds About the Isle? not that many really...
﻿﻿ 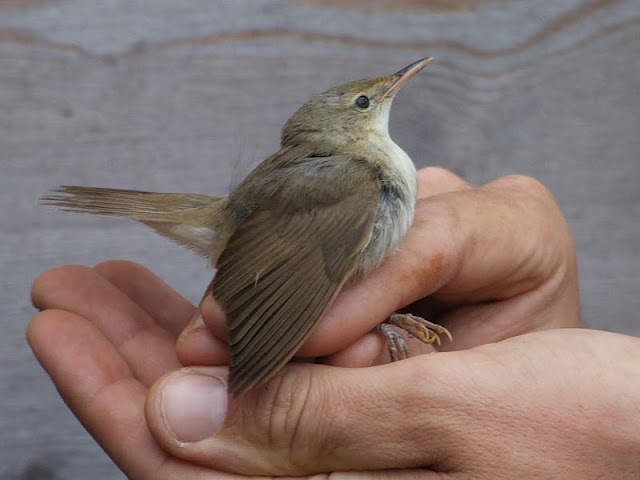 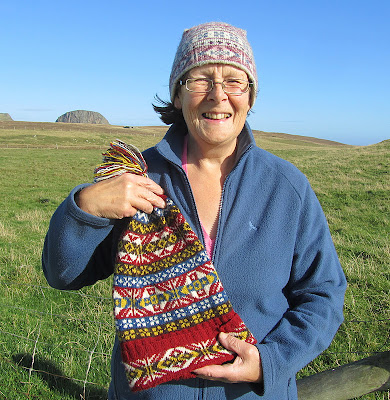 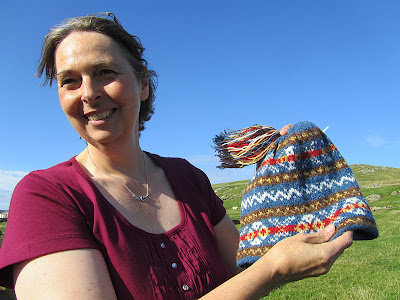 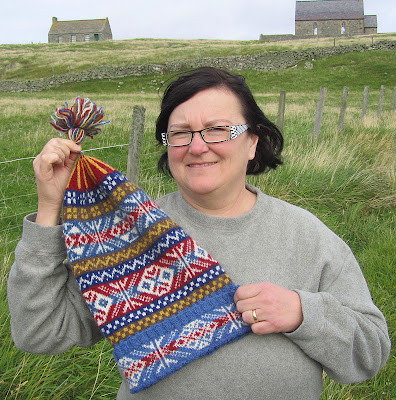 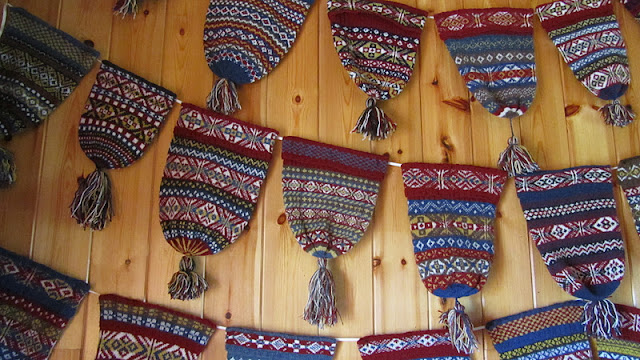 The first Fair Isle Fisherman's Kep raised a £300.00 donation - see details:
http://fair-isle.blogspot.com/2011/08/hand-knit-fair-isle-fishermans-kep-hat.html
Fair Isle Fishermens’ KEps: Hand-knitted Fair Isle Fisherman's hats knitted in Fair Isle are currently not sold on Fair Isle and haven't been for years. Until now they had been made only by a few people for family members. The skill have been revitalized throughout the island by the women of a few households who have handed down the history stitch by stitch. The project was sponsored by Jamieson Spinning in Shetland, who donated the pure Shetland yarn used.

Thousands of pounds are need to add this small but much needed extension. Designed to mimic in shape the kjyls (kilns for drying grain) built onto some of the barns on the Isle, the new extension will house a much needed office and toilet.  The new wind and weather buffering entrance will help to ensure the collection  is doubly protected from the elements every time the door opens. The Museum & the Islanders are very appreciative of any donations of any size beyond this fundraising event. The museum has charitable status (SC005177) and is a member of Museum Galleries Scotland. Donations can be sent to:
George Waterston Memorial Centre & Museum - Fair Isle - Shetland - ZE2 9JU - UK. 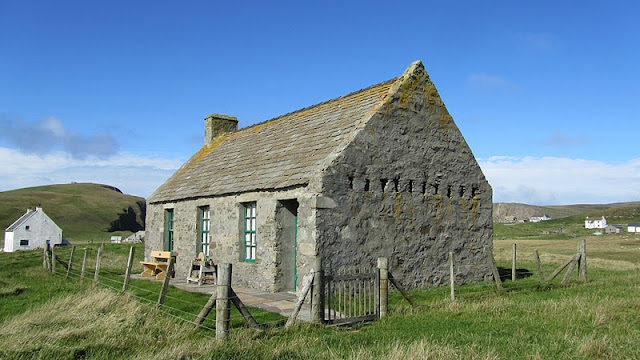 To see more of the Fair Isle Tall Ships barter with the Sorlandet follow this link to an earlier post.
http://fair-isle.blogspot.com/2011/07/party-fair-isle-style-tall-ships-race.html
1774 - The dairy of Janet Schaw, passenger 'Jamaica Packet' travelling to North Carolina.
The yoals coming out to trade with the ship off the coast of Fair Isle.
"were loaded with the Island manufactures; such as knitted caps, mittens, stockings and the softest coarse cloth I ever saw made of wool"
﻿
﻿﻿﻿﻿
﻿﻿﻿﻿