Hello, it's a lot easier than it looks… really there are just so many options when traveling to Fair Isle the most remote inhabited island in the UK. With time, money and maybe some travel motion pills you'll get here. Wherever you are you'll need to first need to get to Scotland, which is always a good place to be! But specifically getting to Fair Isle you'll need to travel through mainland Shetland by plane or boat. I'll break it down into understandable travel information.
Flying from Scotland to Shetland is straightforward travel from a number of Scottish cities. Shetland's Sumburgh Airport has direct flights to and from Edinburgh, Aberdeen, Glasgow, Inverness & Kirkwall in Orkney. Also, Shetland has flights to and from Bergen, Norway.
Travel at Sea is also a popular way to get to Shetland, taking the overnight Northlink Ferry from Aberdeen or Orkney to Lerwick, Shetland has its advantages when on to Fair Isle.
Once in Shetland you need to decide do you want to take the boat or plane to Fair Isle?
The Boat (Fair Isle's Good Shepherd Ferry) goes every other day so it seems a bit confusing the 1st time. Many of the ferry boat crew are also part of the fire crew at the Fair Isle airport, this helps to explain the travel schedule. The plane has 1 or 2 flights a day, with no flights on Sunday.

Flight from Sumburgh airport to Fair Isle, on Saturdays only at 11:30 am. Totally the easiest way to Fair Isle is this small 8 seat plane, it takes about 10 minutes flying time.
By Sea, Good Shepherd Ferry? departing from the Sumburgh Pier about two miles from the airport easily reached by a quick Taxi (5 pounds?) or even walk about 2 miles to the Good Shepherd Ferry Boat to depart for Fair Isle (15 pounds each way Tues. Thur. Sat.) This is cheap! and no weight restriction on luggage, cameras, scope, bike, etc. If you take the Northlink Ferry you land in Lerwick and would need to take the bus to Sumburgh pier ( about 3 pounds and one hour ride) Warning! Once on the Good Shepherd the boat does move with the waves and the tides so make sure you bring your sea legs.
By Air, Shetland's Tingwall Airport to the outer Isle? Leave Sumburgh on a nice bus to Lerwick (3 pounds each - trip 1 hour) in Lerwick then catch a Taxi - Airport Shuttle to nearby (10 minutes) Tingwall airport (about 5 pounds) and get a small 8-10 seat plane to fair isle (90 pounds round trip - each adult- trip time 25 min.). When planning a Shetland holiday it is better to book your small flights 1st because there are so few seats and so few options and these sometimes conflict with the large airlines schedules.
Arrive in style, some people arrive with their Private Plane landing on the Fair Isle crushed stone and dirt runway they think it's fun. Planes are also occasionally chartered by Twitchers from London to come see a rare bird. Many other sail into Fair Isle's North Haven Harbour in their Private Yachts... Some folks come on cruiseships just for a few hours as part of a tour. No matter how you get here, the travelling on and off island is part of what makes Fair Isle such an awesome experience.
Delays in travel? every time I travel anywhere there are delays. Fair Isle is not much different, it just seems so extreme and desperate here at times.
When booking tickets on the Plane to Fair Isle it seems complicated because if you change your plans from one day to the next the scheduled times change from one day to next. this is done on purpose to give Fair Isle and Foula alternative long shopping days and chances for day-trippers.
Travel plans often change on …

Example 1: I wanted to leave on Monday’s plane but we had fog and then had to take the boat on Tuesday as the boat can travel in fog.

Example 2: We have a Gale (strong winds) and all transport is canceled and you had planned to take the boat, the next day the wind drops but the sea is still high. So you take the plane, if they have room of course.
Example 3: Don't save the best for last. Say you visit Shetland for 2 weeks and come to Fair Isle for your last night before heading back to Australia, New York or any international or domestic flight. (Not a good idea!) If you get stuck due to weather... your major international airline ticket holders don't care that you missed your local transport out of Fair Isle. (Loganair and the Northlink out of Shetland are somewhat sympathetic) but your international flights you will most likely need to rebuy, reschedule and rebook all your tickets and it's a costly huge mess! make sure to Schedule your Fair Isle visit at the beginning or middle of your trip.

That is why I suggest when visiting Shetland and you want to come to first, then you wont mess up your larger travel plans before leaving Shetland.
If you are planning to stay at the Auld Haa Guest House please let me know what days you are thinking of and I will do my best to advise you.
Tommy  ph# 01595 760 349   from  or International ph# 011 44 1595 760 349 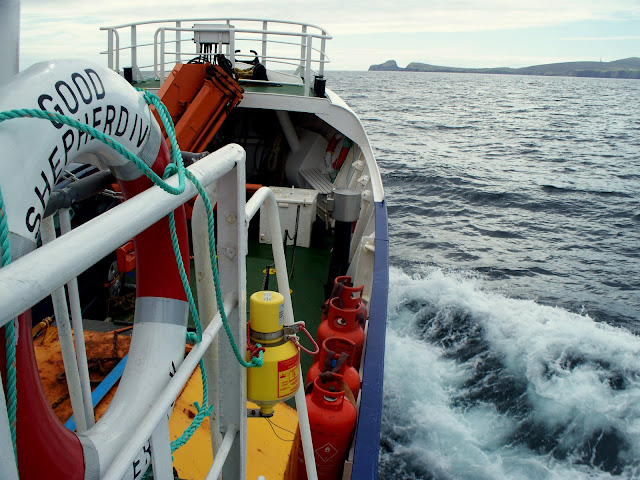 Fair Isle - Lerwick - every other Thursday

Over night ferry from Aberdeen, Scotland to Lerwick, Shetland Price varies on seat or cabin - round trip etc.. goes nightly. Usually cheaper and much slower than plane from . 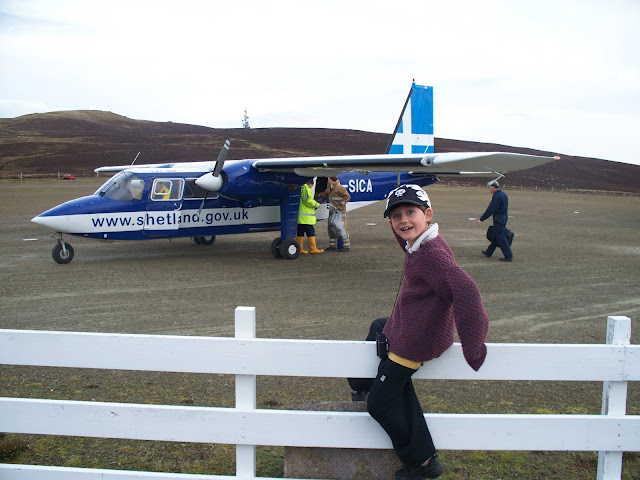 
I don't know if if Kirkwall to Fair Isle are going to resume this Summer?
Loganair
Kirkwall, Orkney to Fair Isle Flights
June through September
https://www.loganair.co.uk/destinations/city-guides/fair-isle/
Posted by tommyart at 21:38