Other birds that help pass away the few hours of daylight over the winter are Iceland & Glaucous Gulls though I have not seen either in the past 2 weeks. We have had Water Rail & a Coot. We have a few robins about the island plus Blackbirds, Fieldfares, Redwings and a Song Thrush or two. On the beach I can always find Purple Sandpipers, Turnstones and Rock Pipits during winter but I'm always thrown when they show up in my garden? Few Twite stay all winter but their numbers are increasing now. I saw some colour ringed Twite return on the Feb 29th most with Fair Isle colours but one with yellow over blue / metal over red just like I saw last year on March 3rd. I'm sure they were of by a day or 2 because of leap year.

Waves coming in of the Atlantic side today. 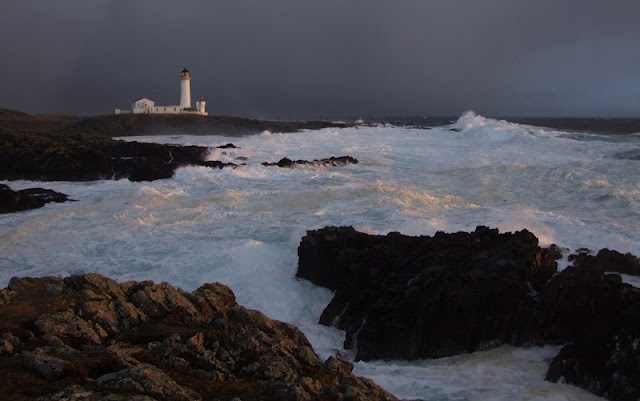 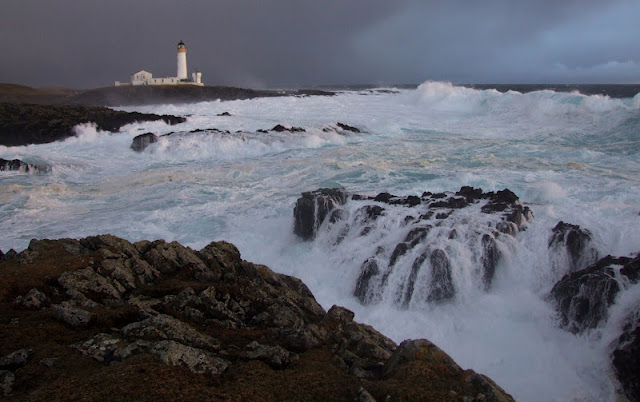 The lighthouse is well over 26 Metres high  I would guess the waves are more than 10 metres?