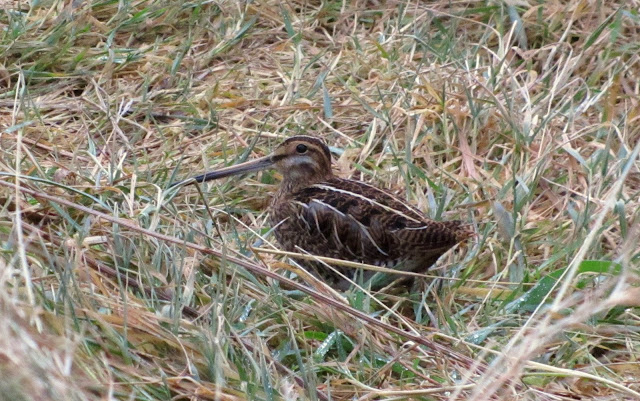 Snipe
This is the forth New Years Day that my son Henry and I have made a list of as many bird species we can find on Fair Isle in the 7 hours of daylight. Yes I rang in the new year with Black grouse & Famous Grouse (whisky) til 4am. but still managed to get up at 8:30am. to start the search. I had to because...


My friend Jon Dunn challenged Henry and I to the inaugural New Year's Day Inter-island Challenge.
Fair Isle vs Whalsay, 60 degrees north. It's going to be the smallest, shortest bird race in the world!
The prize? A nice bottle of wine and birdwatching glory!

I had put out plenty of bird seed and scraps from the party the night before. From the windows we quickly spotted the first birds of the new year. (birds listed as we saw them) 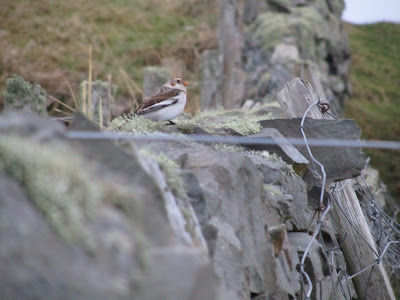 I couldn't find a Wren, Skylark or Iceland Gull anywhere! I know 41 birds is not much... but not bad for Winter on Fair Isle. It beats our old record of 32 birds quite nicely. I think my better understanding of Gulls & Snipe helps. It is a great way to spend the day with my son and the little bit of compition keeps him motivated. I keep on thinking this is going to be won by one bird, maybe 2 and I had a head start with unchariteristic chaffinch and Greenfinch over wintering that I knew he wouldn't have. Then again I also new Whalsay is bigger has more trees and ponds and some species I wouldn't see here on Fair Isle. The fact the Jon is a much better and more knowageable birder wasn't going to help me at all!  But then again I'm "lucky with birds" and I can sleep happy knowing that 41 birds are just a few more than Jon Dunn saw on Whalsay today! making Henry and I the winners.  Cheers and I need a nap now.

*robin, snipe and snowbunting photos taken recently but not today
Posted by tommyart at 20:22