July 2009 Crossbill Invasion
I had only seen a handful of Crossbills the year before and those were lifers. Crossbills are nice birds to see but they do not get calls out for island twitching. I occasionally heard about them being seen around the isle from various birdwatchers as they pass my house and give me birding updates. I can still remember how disappointed I was when I ruled out female Two-Barred Crossbill while trying to Identify that Citril Finch. (I eventually got over it) But I did get a call for Two-Barred Crossbills and I may be the only person Birdwatching in the UK to tick off Two-Barred first? (LOL! only on Fair Isle)
﻿ 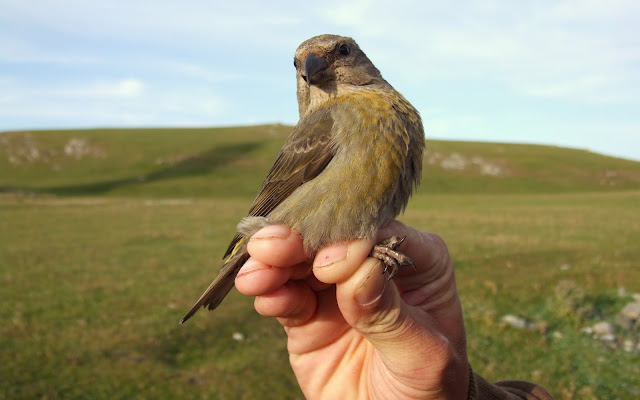